We believe that life is war 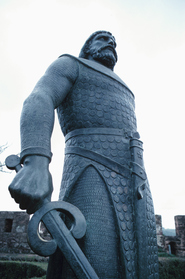 Too many men fail to recognize that their "adversary the devil, as a roaring lion, walketh about, seeking whom he may devour," and are consequently caught unprepared for the battles they will face and inevitably fall in the day of adversity.

We believe that as a Christian, a young man is chosen to be a soldier of Jesus Christ and as such he must understand the nature and reality of the war that rages around him. He must know, fear, and love his Commander and learn to trust Him implicitly and obey without hesitation.

Furthermore, it is imperative that a soldier of Christ train diligently to become an expert in the weapons and tactics that will make him an effective warrior. But soldiers don't act alone. They love, serve, lead, and if necessary, die for their brothers in arms. 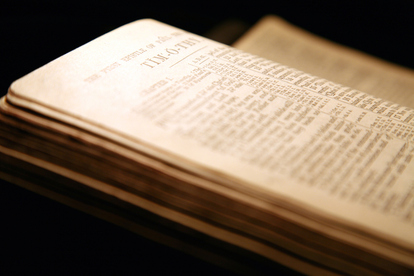 As well as to train them to be proficient soldiers in Christ's army. The Forge Begins with careful study of the spiritual battlefield in order to expose who and what we are fighting. By knowing the battle we are able to effectively train for it, laying "aside every weight, and sin which doth so easily beset us" and enduring "hardness as a good soldier of Jesus Christ."

Men at The Forge will be presented with biblical teachings on such topics as:
They will be encouraged to seek and know truth through individual study of the Bible and to try all things by the Holy Scriptures to see whether those things be true.

The men will face hardship through many intense trials, all designed to build their faith in the Lord and illustrate spiritual truths. They will also explore and develop their expertise in the weapons of spiritual warfare - the Word of God, scripture memorization, prayer, thankfulness, submission to Christ, etc.

The Forge will also develop and strengthen the bonds of brotherhood through shared adversity and victory. Men will come to carry each other's burdens, hold each other accountable, and strengthen one another in the Lord.

Most importantly, throughout the duration of The Forge heavy emphasis will be placed on encouraging the men to seek, know, love and communicate with their Commander- The Lord Jesus Christ.

These men will stand out among the crowd, easily identifiable by the godly character and victorious lives they have in Christ. The Forge graduate will know what a man looks like and what a man does. He will understand the necessity of being a man of courage and honor, truth and victory, sacrifice and service, loyalty and duty, joy and soberness, love and strength, action and holiness. 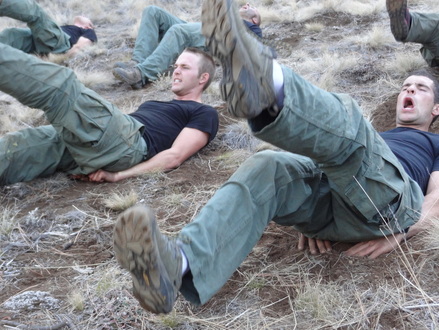 Are You Willing to Enter The Forge?
Powered by